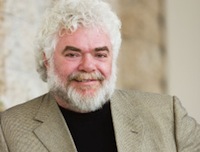 A Winnipeg researcher has been recognized for his tireless work in the field of HIV/AIDS.

Dr. Frank Plummer has been chosen to receive the 2014 Killam Prize in Health Sciences by the Canada Council for the Arts.

Plummer, a physician, scientist and University of Manitoba professor, receives $100,000 for his work.

“The University of Manitoba is honoured to call Dr. Plummer one of our own, both as a Distinguished Professor and internationally renowned expert and as an alumnus,” said David Barnard, president and vice-chancellor of the University of Manitoba. “We congratulate him on this much deserved recognition of his tireless efforts in leading the field of infectious diseases research.”