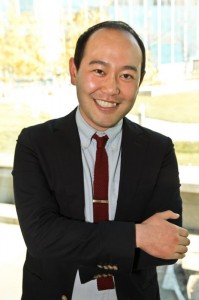 The managing director of the Downtown Winnipeg BIZ has been chosen as the 2014 Manitoba Communicator of the Year by the Canadian Public Relations Society.

Jason Syvixay joined the BIZ in 2011 and since then has led the creation of an annual CEO sleepout event and campaign to raise awareness for homelessness, and worked to transform a photograph into a Canada Post official stamp.

Syvixay, often seen in front of the camera as the ‘face’ of the Downtown BIZ, has increased the organization’s positive media hits by 342 percent in his two year-tenure.

“Syvixay is a valued leader at the Downtown Winnipeg BIZ, earning respect for his ability to generate conversations about and bring positive attention to his organization’s brand and activities,” said Jason Permanand, president of CPRS Manitoba. “Communications practitioners in other jurisdictions are adopting some of Jason’s initiatives.”

Syvixay will be presented with the MCOY award and share insights into his team’s accomplishments at a special luncheon event on Thursday, April 17 at the Fort Garry Hotel in Winnipeg.