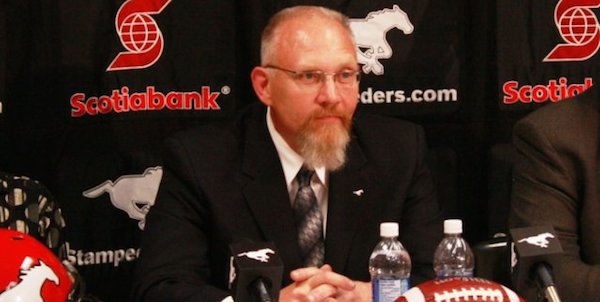 The former Winnipeg Blue Bombers and Calgary Stampeders president was in Winnipeg on Wednesday to attend the Tories’ annual fundraiser.

“I’ve had a history here. Manitoba has been very, very good to me,” Bauer said while speaking to reporters at Canad Inns Polo Park.

Bauer served three years with the Stampeders before resigning last year. He left the Blue Bombers in 2009 amid the disastrous Mike Kelly coaching tenure.

“We are excited to have Lyle on our team. He is a proven winner and a man with impeccable organizational skills,” said PC leader Brian Pallister. “We know what Lyle did for the Blue and Gold and look forward to what he can do in Tory Blue.”