Boyfriend Charged with Manslaughter After Woman Dies in Hospital 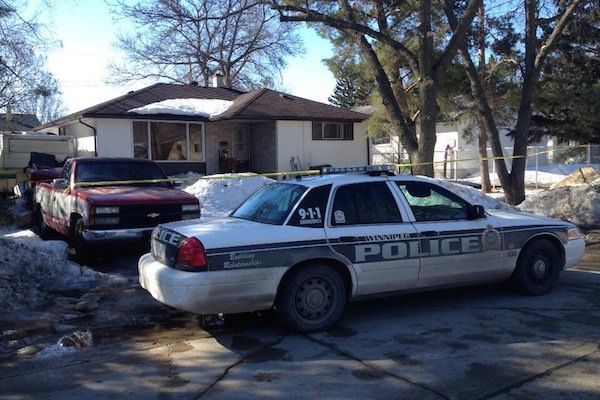 A Winnipeg police cruiser sits outside a home in the 100 block of Barrington Avenue in St. Vital on Thursday, April 10, 2014. (SHANE GIBSON / METRO WINNIPEG)

The victim of Winnipeg’s latest homicide has been identified and a man is facing manslaughter charges after a domestic incident.

Police say 34-year-old Beverly Custer died at the Victoria General Hospital Wednesday morning after being stabbed in the upper body.

The victim and her boyfriend had been involved in a verbal argument at a home at 172 Barrington Avenue, when it escalated to Custer being stabbed once in the upper body. The accused then drove her to the hospital for treatment.

Keith Alexander Wallace, 28, of Winnipeg has been charged with manslaughter. He remains in custody.