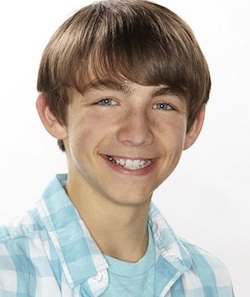 A Winnipeg teen is in the running to be crowned “The Next Star” on a YTV reality series.

Dane Bjornson, 14, is in the musical group “Electric Ave” with four others, who recently had the second-most downloaded song on iTunes Canada.

Bjornson will be in this Sunday’s finale of “The Next Star: SuperGroup,” when his band performs cover songs for a chance at winning the entire competition. The winners end up recording two original songs to be released on iTunes, and receive an exclusive management deal with 21 Entertainment, which manages the careers of musical artists such as Fefe Dobson, JoJo and Kreesha Turner.

The spinoff series of YTV’s “The Next Star” premiered its six-episode series in March, and takes viewers through an intense, top-level talent showdown in order to crown a new mega boy or girl group.

Dane is the son of MLA Peter Bjornson, Manitoba’s Minister of Housing and Community Development.