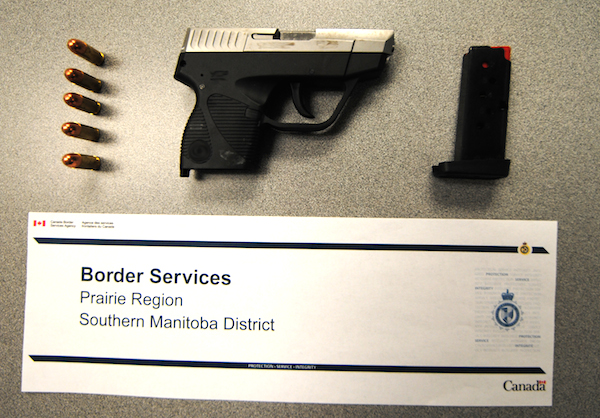 A handgun seized by border agents from a Florida woman attempting to cross at Emerson, MB in August. (CBSA / HANDOUT)

A Florida woman pled guilty in a Winnipeg courtroom on Monday for smuggling a handgun into Canada and making false statements to border agents.

Rita Jean Shepard, 63, concealed the pistol in clothing while attempting to cross at Emerson, Manitoba on August 18, 2013.

Shepard was sentenced to eight days time served and given a $4,500 fine.