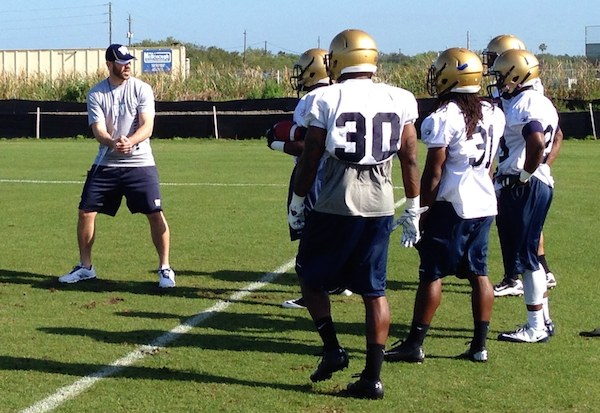 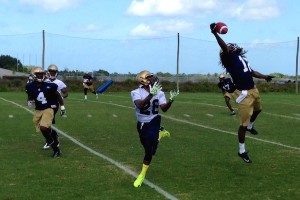 And for the first time in franchise history, the football club is holding their offseason minicamp in Florida. It’s a chance for unsigned prospects to open the eyes of the Bombers’ brass and try to secure their first CFL contracts.

The three-day event officially began Sunday at the IMG Academy in Bradenton with five scheduled on-field workouts under the beaming Florida sun.

“Five practices is still a pretty small sample,” commented rookie head coach Mike O’Shea, who was named the club’s new field general in early December. “But that’s why all the coaches, the scouting staff are here talking notes and watching everything and evaluating everything so that we can make good decisions.” 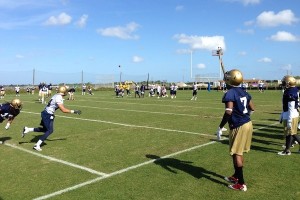 “It’s very exciting for the coaching staff, and the scouts too but for different reasons… to be out of the office and not just behind a computer or watching film and putting together plans, to actually be out coaching. Because that’s what these guys like to do — we love to coach.”

O’Shea’s staff is almost entirely new from last season, hold offensive coordinator Marcel Bellefeuille (who took over mid-season from Gary Crowton) and receivers coach Markus Howell. The most notable additions to the staff include former quarterback Buck Pierce who will be in charge of the running backs, and defensive coordinator Gary Etcheverry.

“I’m excited. Thrilled beyond the imagination, even though my posture or my hair or nothing else may demonstrate that,” said Etcheverry of returning to the CFL. The 57-year-old has been out of the league since he coached the Saskatchewan Roughriders defence to back-to-back Grey Cup appearances in 2009 and 2010. “I’ve told people that (Mike O’Shea) is — there’s nobody that I’ve worked with at any point in time that I have had more respect for.”

“We’re going to be aggressive. If this is quarterback-centric league, then we want to get the ball out of the quarterback’s hands fairly quickly.”

What is the type of football player Etcheverry may be looking for while down in Florida?