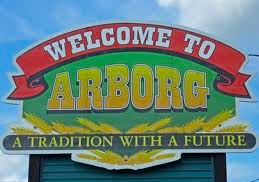 Manitoba’s Tories are renewing a call for the province to fix an 11 km stretch of crumbling road in the Arborg area.

Highway 326 has been ignored by the government’s five-year infrastructure plan, the Opposition says.

“Highway 326 needs to be upgraded to accommodate the economic growth and expansion those businesses provide for Arborg and the surrounding areas,” Emerson MLA Cliff Graydon said after raising the issue in the Legislature on Tuesday. “I won’t ever understand how this government can claim to be building infrastructure yet continue to turn its back on the 1,500 people who are employed directly or indirectly by the businesses served inadequately by that road.”

The Opposition says businesses served by highway needing upgrades have an economic impact of $197.5 million per year.

In a 2012 interview, area NDP MLA Tom Nevakshonoff said there’s a long list of roads and bridges that need to be addressed first in the province.