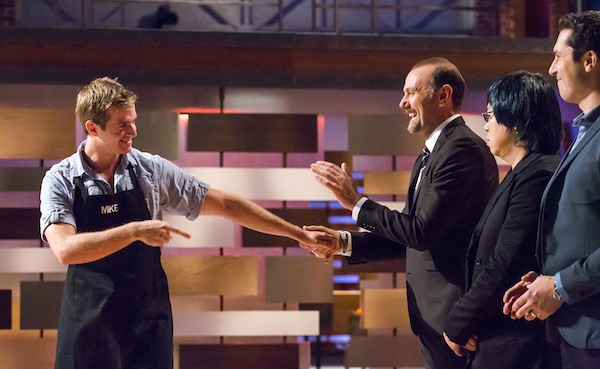 Green was the 12th contestant to be sent home after his culinary creation just couldn’t resonate with the judges.

Green was put through a pressure test with two other competitors, where they were challenged to cook a perfect medium-rare streak frites and béarnaise sauce.

The Kenora-born competitor said one of the pitfalls was cooking at such a high heat due to the tight time restrictions.

Having postponed his honeymoon to appear on the show, Green and his wife will leave on Friday for a 10-day trip to San Francisco.

Green hopes to eventually open up his own restaurant in the city, and singled out Mandel Hitzer of deer + almond as one of those he looks up to.

“Winnipeg has such a scene right now and it’s getting a lot of attention with its restaurants,” he said during a conference call on Tuesday.