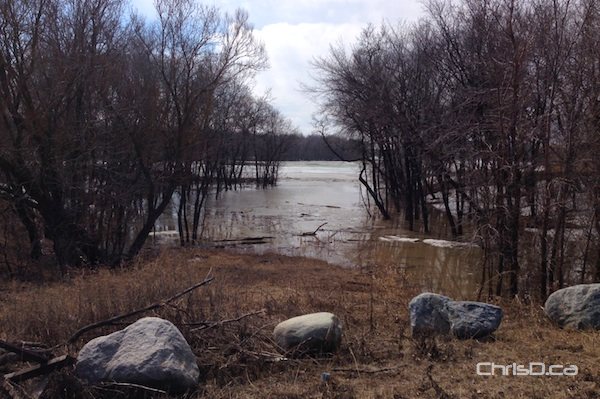 The Red River in Winnipeg has increased 0.9 feet in the last 24 hours as the crest is expected to arrive next week.

The Red River was to begin to spill into the floodway inlet on Saturday as the crest moves northward. The floodway is not activated at this time.

The province will activate an Amphibex icebreaking machine to assist the city if it can be effective in breaking up inner-city ice jams. The Amphibex moved to Cloutier Drive on Saturday and was on standby to be used if needed.

This weekend’s precipitation was less than forecast, with the Red River Vally only receiving under five millimetres.

A substantial ice jam on the Red River was reported south of Selkirk, but it is not causing any flooding issues.

The Red River is expected to crest in Winnipeg between April 21-24.

Up-to-date flood information can be found at gov.mb.ca/flooding or on Twitter.