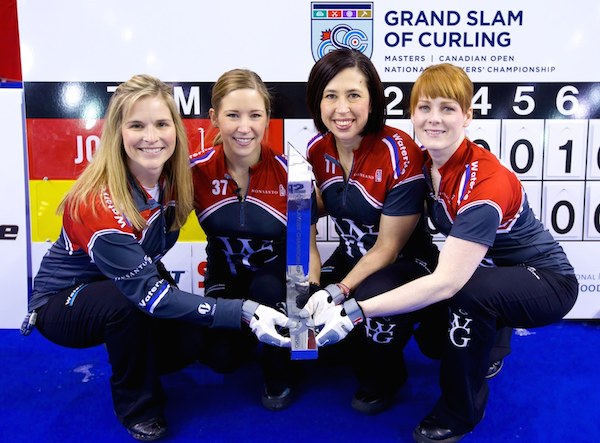 Winnipeg’s Jennifer Jones and her curling teammates were victorious over the weekend at the Players’ Championship in Summerside, PEI.

The Sochi Olympic gold medallists from the St. Vital Curling Club capped off a storybook season with a 5-2 win over Masters winner Team Homan of Ottawa in the final. It was the 10th Grand Slam title for Jones. For the win, Team Jones takes home $23,500 with an additional $12,500 in Grand Slam bonus money for leading the women’s teams in points this season.

“It really has been an unbelievable season for us. We’ve won all the events we’ve set out to win and more,” Jones said. “To come into our favourite event, the Players’ Championship, and end with a win is a perfect way to head into the summer.”

Jones and teammates, third Kaitlyn Lawes, second Jill Officer and lead Dawn McEwen recently announced they would be playing together another four more years with their sights set on the 2018 Olympics.