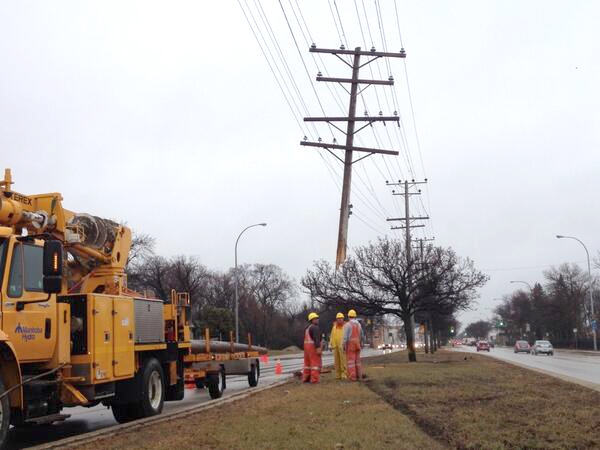 Winnipeg police are trying to track down a suspect who stole a car in Selkirk and left a hydro pole hangin’ out on Main Street.

Selkirk RCMP said the man carjacked a vehicle at knifepoint on Main Street in Selkirk at around 2:35 a.m Thursday. The victim wasn’t hurt, but the man sped off with the vehicle down Highway 9 with RCMP in pursuit. As the man neared Winnipeg, RCMP called the WPS to turn the chase over to them.

The man eventually lost control of the vehicle and crashed into two hydro poles on Main Street in Winnipeg before fleeing into nearby Kildonan Park. He has not been found.

One hydro pole crashed to the ground, disrupting traffic before it could be repaired by Manitoba Hydro employees later Thursday morning.