St. James Street is the best at being the worst street in Manitoba, according to CAA Manitoba.

The much-maligned road has been dubbed the Worst Road in Manitoba for the second time in two years by CAA Manitoba voters.

“If you’ve driven on St. James Street in the past few months, you know why,” said Mike Mager, president and CEO of CAA Manitoba. “Nearly 900 votes were cast for this road alone, citing complaints like traffic congestion, traffic light synchronization, pedestrian safety and of course, potholes.”

However, most of the streets that made it to the top 10 list will see repairs this year, including St. James Street. 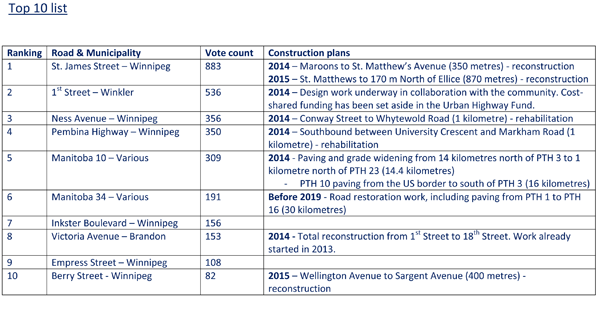