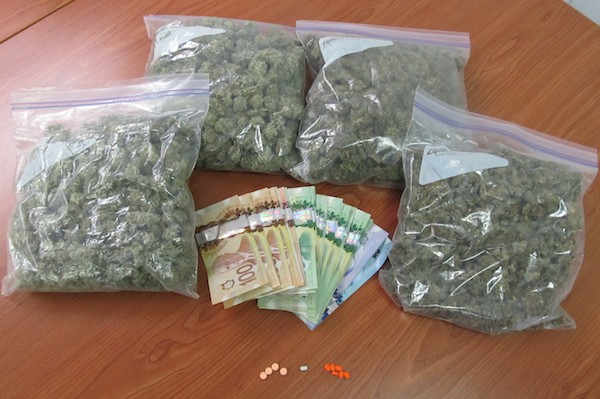 Two people are facing charges after Manitoba RCMP found a quantity of drugs during a traffic stop in the RM of Victoria.

Police pulled a vehicle over on April 20 for speeding on Highway 2 and came across 976 grams of marijuana, a number of morphine pills and clonazepam pills with no prescription for either and a sum of cash.

Todd Price, 51, of Cypress River, and Sean Hudson Purdy, 32, of McCreary face a number of drug-related charges and will appear in court at a later date.