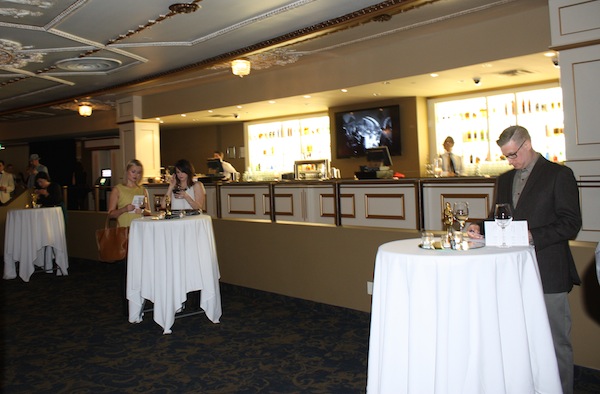 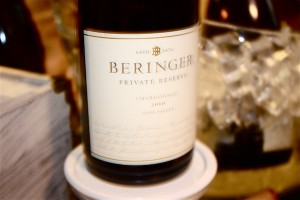 After receiving the red carpet treatment and having a blast at the Winnipeg Wine Festival’s Hollywood Premiere wine-tasting event last Wednesday, my guest and I found some of our new favourite wines.

The event took place at the Metropolitan Entertainment Centre (MET), a perfect venue for an old Hollywood-themed event. Upon arrival, all guests walked a red carpet and had their photo taken with life-size cutouts of James Dean and Marilyn Monroe. Originally called the Allen Theatre, The MET first opened in 1919. It closed after 68 years of operation in 1987. Since 2012, it has reopened as the MET, with the same look and feel of the original building. This was my first time inside the MET and I was very impressed by its refurbished details. The plastered ceiling of the place displays original reliefs of classical human forms and ornate flourish designs.

Golden, movie award trophies decorated the table and classic, black and white films from the Golden Age of Cinema played on the big screen. At one point media representatives at the event were called up on stage to test their wine knowledge. Delicious appetizers were also served throughout the event and included nicely prepared, spicy, cheesy quesadilla, sushi, and breaded chicken tenders with savoury barbeque sauce. 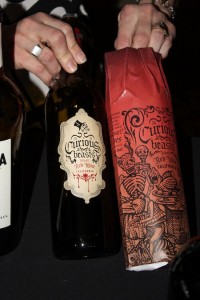 I was given a wine checklist to keep track of wines we tried at the event and to take some notes for future reference. With our wine glasses, my guest and I and started making our way around the lounge, sampling each of the 30 wines.

My favourite in the design category was definitely Curious Beasts from California, an aromatic and supple wine. It tasted of plum, black cherry, and a hint of chocolate, and was surprisingly fresh for a medium-bodied red wine. The label lives up to what is inside the bottle as well. Wrapped in a paper wrapper with medieval gothic, Day of the Dead-like images on it, this wine would make a great present for a fan of the macabre or during a Halloween party. When the paper comes off a simpler, but equally well-designed label lies underneath with wine (or blood) dripping details. At $18.95 a bottle, I will probably purchase this wine at some point in the future, especially since it comes in such an impressive package.

Beringer Private Reserve Chardonnay was the favourite white wine of the night. This luscious wine was very fresh with notes of tropical fruit and citrus. It was a dry wine, tasting rich with a lengthy, woody finish. This 2011 vintage is from the Napa Valley in California. For $45.00 it is a bit pricier when it comes to wines, but it is a high-quality product. 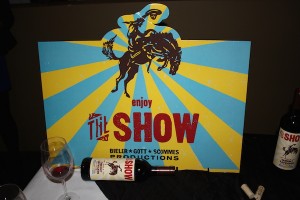 My favourite of all the wines I tried at the event was The Show Cabernet Sauvignon. This wine, which also happens to be from California’s Napa region, had a full-bodied, fruity, deliciously juicy black cherry flavour, with a dry, spicy finish. This one had a great balance of flavours, and was fairly light, while also being fruity and complex. For the reasonable price of $19.95 I will be certain to purchase this wine in the future.

Based on this event, I encourage you to check out the Winnipeg Wine Festival to discover your new favourite wines. It runs from April 27 to May 3 at RBC Convention Centre Winnipeg. Tickets can be bought for $49.95 and will feature over 500 wines from 13 different countries.

As a wine lover, I say cheers to that. 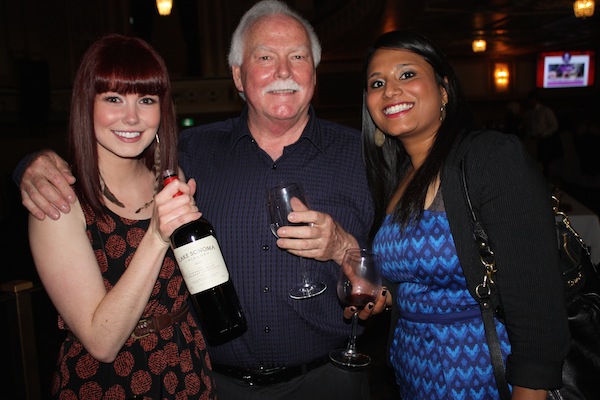