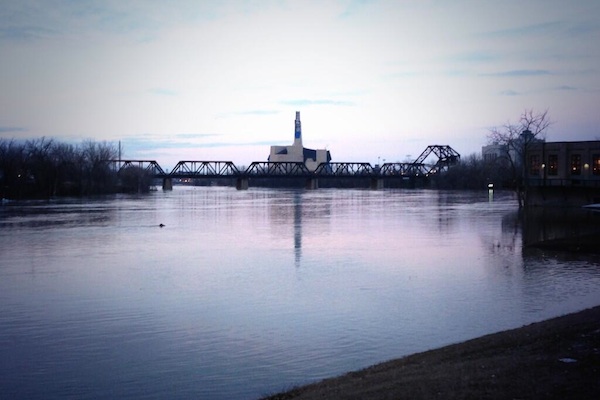 A woman was pulled from the Red River Saturday night after becoming trapped on an ice floe.

Emergency personnel responded to The Forks after receiving the report around 10:30 p.m., including uniform officers, Air 1 and the Winnipeg Fire Paramedic Service’s water rescue team.

The woman was located near the Alexander Docks and pulled to safety. She was taken to hospital in stable condition.