Water Flowing into Birdtail Creek After Cut Made in Crumbling Dike 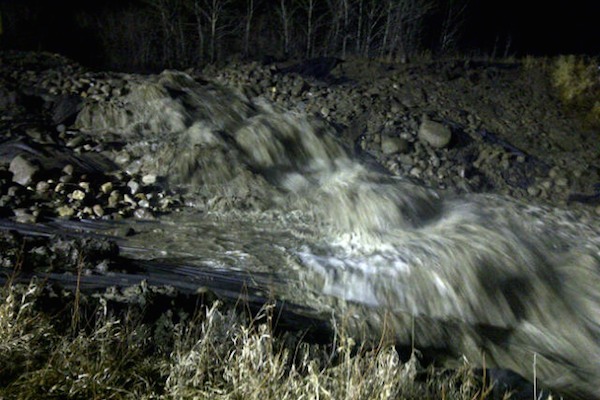 Water began flowing through a high embankment near Highway 45 late Monday night after provincial officials used a large excavator to cut through a section of the former rail bed.

The water trapped behind the 30-metre embankment was freed and is making its way into the Birdtail Creek near Waywayseecappo First Nation, Manitoba at a flow of 100 to 150 cubic feet per second. The fear was the crumbling embankment couldn’t hold back water any longer and burst from the build-up of pressure.

Before the cut was made, heavy rock and membrane were put into place to reduce excessive erosion and contain flows.

The situation is being monitored closely and will be updated as conditions change.