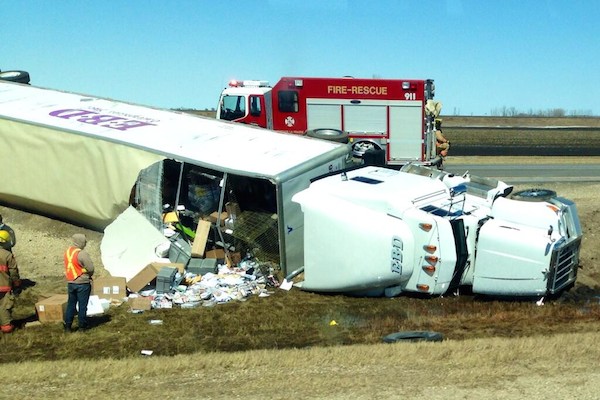 A flipped semi-trailer truck on the Trans-Canada Highway closed one lane of westbound traffic on Tuesday.

The crash happened just after 1 p.m. about 1.5 km west of Portage la Prairie, landing in the median ditch.

The 24-year-old man driving the rig wasn’t injured and high winds in the area are considered a factor in the collision.

RCMP are asking motorists to slow down as emergency crews continue to work at the scene.

← Previous: United Way Leading Charge to End Homelessness in Winnipeg Next: Get Grilling This Summer: Buying the Right BBQ for Your Family →
Tags: Accident | Manitoba | RCMP