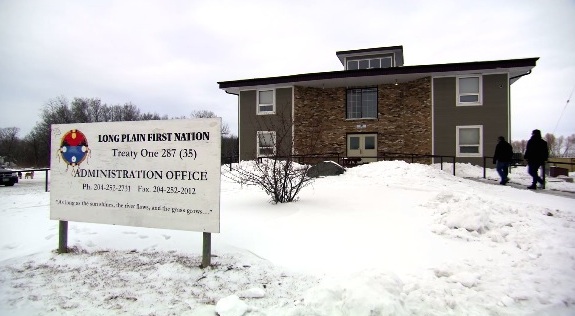 The video features the Long Plain urban reserve, a 2.81-acre area in the heart of Winnipeg, Man., near Polo Park Shopping Centre. The reserve, bounded by St. Matthews Avenue on the north, Madison Street on the west, Silver Avenue on the south and Kensington Street on the east, currently houses Yellowquill College, an 80,000 square foot office complex, a conference centre and there are plans to open a gas station in the near future.

On August 3, 1994 the Long Plain First Nation settled its land claim with Canada and received $16.5 million to purchase 4,169 acres of land. The First Nation used part of the settlement to purchase the Winnipeg land from Manitoba Hydro in 2006 and begin the process of building an urban reserve.

“Urban reserves represent an opportunity to create economic wealth for First Nations,” says Long Plain Chief Dennis Meeches in the video. “I think they benefit everybody through education and employment training opportunities and people will see it.

“What it actually represents is getting people off the employment lines, maybe raising the standard of living of First Nations people, creating real partnerships that can work for all people within the province here in Manitoba and across the country.”

Since the fall of 2008, Canada has cleared up the backlog of 541 claims at the assessment stage. As a result, the number of claims in negotiation has more than doubled and there are now more claims in negotiation than ever before. The federal government has settled 15 land claims over the past year alone totalling more than $350 million.

AANDC has posted the Long Plain video, answers to frequently asked questions and an interactive map showing other land claims across Canada at aadnc-aandc.gc.ca.