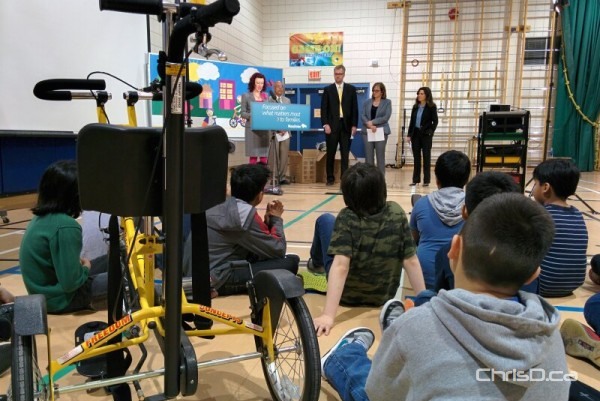 The Manitoba government is renewing its low-cost bike helmet initiative for another year to distribute helmets to children and their families.

About 165 cyclists are injured every year due to cycling-related activities in Manitoba, with some injuries causing death. About 40 percent of those injuries happen to cyclists under the age of 18.

“Head injuries from cycling can be devastating, especially in children, and wearing a helmet is an essential step in reducing head injuries,” said Dr. Scott Sawyer, medical director of emergency services at the Children’s Hospital. “Making it easier for kids to wear bike helmets and teaching them about safe bike riding are excellent steps to keep kids safer.”

Since the program’s debut in 2006, more than 97,000 helmets have been distributed. Details for the 2014-15 program will be shared with schools and child-care facilities in the fall.