Canadian Satellite Could Set New Eyes on Ships at Sea 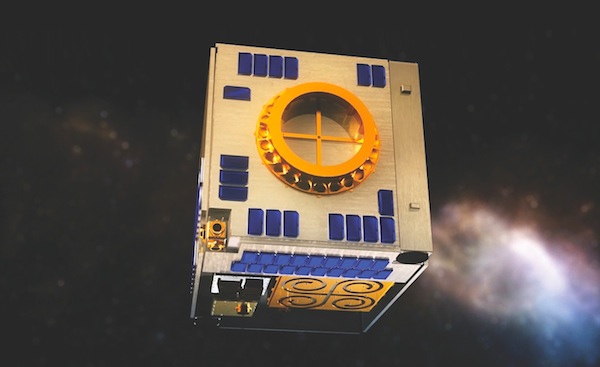 (NC) A new Canadian spacecraft could someday help ID and track ships across millions of square kilometres of open-ocean, even when those ships fall out of range of other tracking technology.

For decades, sea captains have used radar and transponder-based technology to see other boats around them. It’s a system limited by distance, but that could soon change.

Packed with high-tech gear that gives a global ship traffic view over huge areas, M3MSat (the “M3” stands for “Maritime Monitoring and Messaging,” while the second “M” stands for “Micro-satellite”) is the latest generation of small-but-mighty spacecraft sent to test new technologies before they’re deployed on full-scale orbiters.

Satellite in a dishwasher

The satellite’s box-shaped frame weighs about as much as the average person and is small enough to fit in most household dishwashers.

After the launch, M3MSat will circle the Earth from pole to pole at an altitude of 630 km—roughly twice that of the International Space Station.

During its two years in orbit, M3MSat will test three technologies, including one known as AIS (Automatic Identification System), used to track digital signals sent by ships at sea.

For the past decade, AIS equipment has already been allowing crews of ocean-going ships and Vessel Traffic Services staff on shore to monitor the identification, position, course, and speed of ships at sea. (You can see AIS on ship readouts in recent films like 2013’s Captain Phillips.)

AIS transponders can transmit signals hundreds of kilometres vertically, but horizontally, the curvature of the Earth prevents them from providing information on ships more than 75 km away. It is that vertical ability that has started a satellite-AIS-based “space race.”

An eagle eye on Canadian waters

M3MSat will test out whether it would be useful to have a satellite-based AIS network to locate and track ships in and near Canadian waters, even when those ships pass out of the range of ground-based relay stations.

While in space, M3MSat will also test a second marine technology that would receive transmissions on ship locations collected by stations in remote areas such as the Arctic. Then it would pass those locations on to Canadian marine traffic control centres.

Finally, as a handy bonus, M3MSat will measure the charge that builds up on its electrical insulation, which will help future spacecraft builders make more reliable satellites.

M3MSat was jointly designed by the Canadian Space Agency (CSA) and Defence Research and Development Canada (DRDC) and built as a result of a fruitful partnership with Ontario-based company COM DEV International.