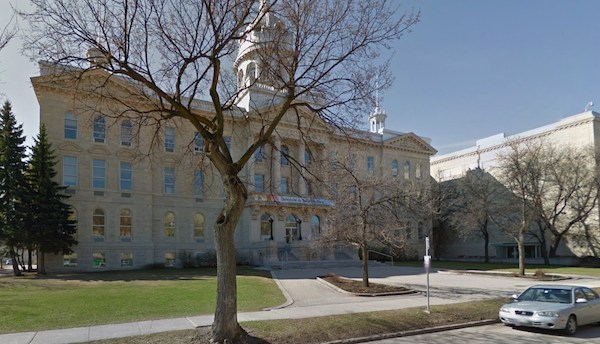 Winnipeg police are trying to track down a man who left a suspicious package at Université de Saint-Boniface on March 26.

Police were called after a backpack was found unattended in a stairwell at around 11:20 a.m. The Winnipeg Fire Department and the WPS bomb unit also responded.

The college was evacuated as police investigated, and found the item to be a stolen Hilti hammer drill.

The man who left the item was caught on surveillance camera later leaving the area on a red mountain bike. 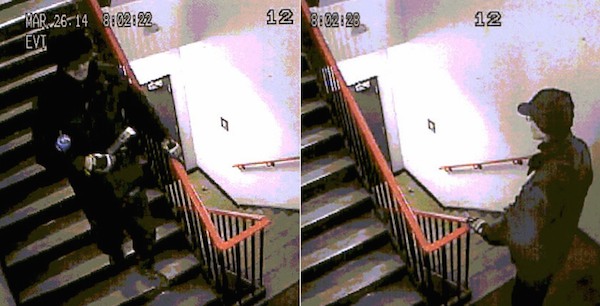 He is described as Caucasian, about 6’2″ tall with a slim build. He was wearing a dark navy blue 3/4 length jacket with a hood, dark pants and boots, black toque with red and white stripes, and eyeglasses. He also had black mechanical gloves with either tan or white patches. When leaving, he was observed to be wearing a black toque and baseball cap (khaki brown/green brim) underneath.