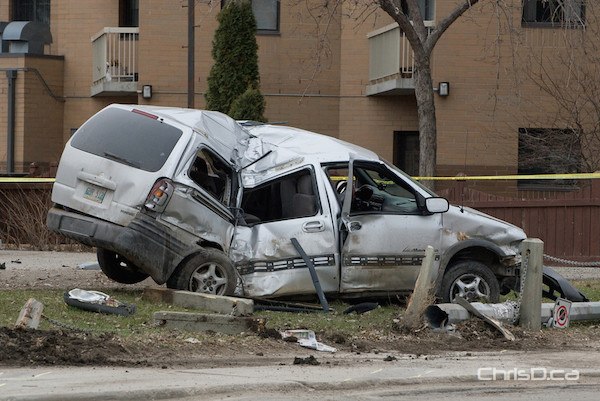 The driver of this crumpled minivan was taken to hospital after a crash on south Osborne Street early Tuesday, May 6, 2014. (TED GRANT / CHRISD.CA) 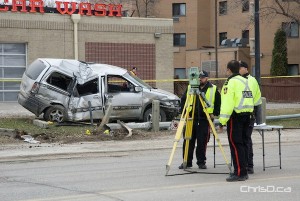 The single-vehicle crash happened south of the Osborne underpass at around 2 a.m.

The 2003 Pontiac Montana was still present during the morning rush hour and closed traffic in both directions between Jessie Avenue and Mulvey Avenue as Winnipeg police investigated.

A downed light standard could be seen laying on the roadway next to the van.

It’s unclear what caused the crash, and speed and alcohol haven’t been ruled out as contributing factors.