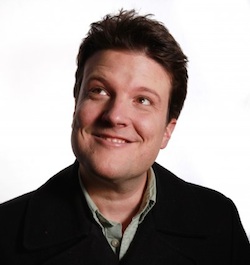 Stand-up comedian Mark Forward will make a return to Winnipeg’s Park Theatre on May 31.

The veteran Toronto-based funny man will mark his third time to the city since headlining a week of shows at Rumor’s Comedy Club late last year.

Forward starred in his own stand-up special, “Comedy Now!” on CTV, has his own weekly podcast, and just released his first comedy album “Things I Thought Of” on iTunes.

Showtimes are at 7 p.m. and 10 p.m. Tickets are on sale now through the Park Theatre, Music Trader and at parktheatrecafe.com.