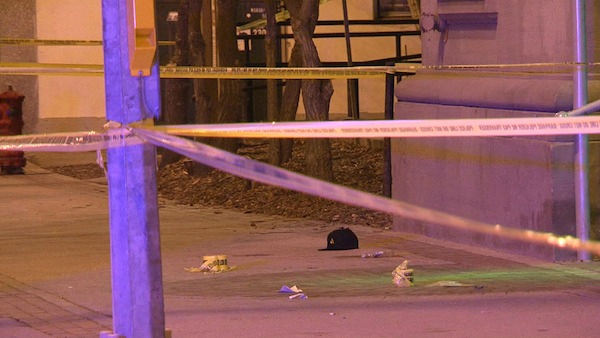 Winnipeg police have made two arrests in connection to the fatal shooting outside a nightclub Sunday morning.

Rustom Vito Paclipan, 23, was killed early Sunday after being shot outside Opera Ultralounge on Main Street just before 2 a.m.

Marcus James Richard, 21, of Winnipeg has been charged with first-degree murder and two counts of attempted murder following the shooting.

A 16-year-old boy has also been charged with manslaughter and weapons offences. He was arrested on Wednesday and remains at the Manitoba Youth Centre.

Richard was arrested on an eastbound train near Sudbury, Ontario early this morning and will be returned to Winnipeg to face his charges.

The shooting has sparked an internal investigation by police after a 911 call from the scene was cancelled from within the communications centre minutes before the incident occurred. Staff involved in taking the call have been placed on administrative leave.