The Black Keys to Play MTS Centre in the Fall 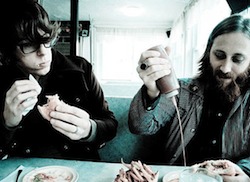 The tour supports the duo’s highly anticipated new album, Turn Blue, which will be released May 13. In celebration of the release, the band will return to “Saturday Night Live” for their third musical guest appearance this Saturday, May 10.

Tickets go on sale Friday, May 23 at 10 a.m. through Ticketmaster.