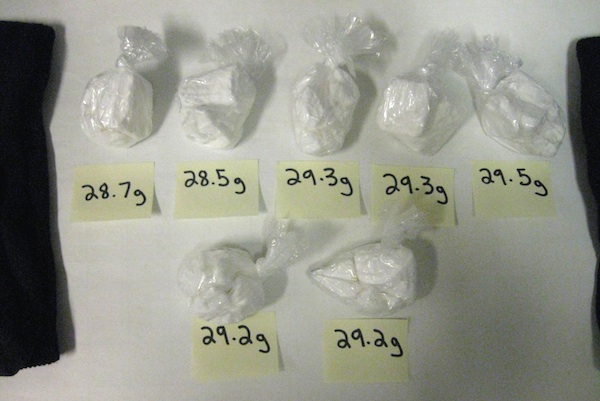 Cocaine seized during Project Describe in northern Manitoba between May 4-5. (RCMP HANDOUT)

Police began investigating in October 2013 and seized more than 18 ounces of cocaine, along with a small quantity of ecstasy. An additional seizure was made during the same investigation in December.

These latest arrests were carried out on May 4 and 5. Some of the suspects have already appeared in court and been released to appear at a later date.

UPDATE: Thursday, May 12 — Matthew Kyle Ost, 21 of Winnipeg has also been charged with two counts of cocaine trafficking.