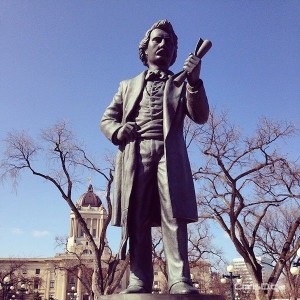 The province is celebrating its birthday today, or Manitoba Day as it were, with events and programs that bring the province’s rich and vibrant history to life.

“I strongly encourage all Manitobans to take a moment and reflect on the proud history, people and traditions of this great province,” said Tourism, Culture, Heritage, Sport and Consumer Protection Minister Ron Lemieux. “While the future is bright, our past is just as fascinating. I hope Manitobans will explore all the province has to offer.”

The province was officially created when the Manitoba Act received royal assent from the Parliament of Canada on May 12, 1870. The act was proclaimed on July 15, 1870, and Manitoba joined the Canadian Confederation as its fifth province.

For planned celebrations taking place over the next few days, visit gov.mb.ca.