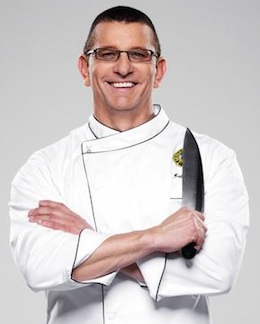 Celebrity chef Robert Irvine will attract foodies everywhere when he appears in Winnipeg late this summer.

The Food Network star will be at the Club Regent Event Centre on September 12 for a live cooking performance.

Irvine is promising a no recipes, no scripts and no holds barred kind of interactive show that won’t be “boring” as a simple cooking demo.

The British chef has two published cookbooks and is currently the host of “Dinner: Impossible.”