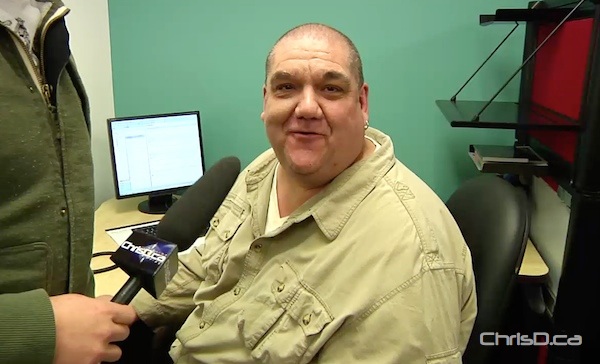 Hal Anderson speaks with ChrisD.ca during an interview in April 2011. (CHRISD.CA FILE)

Hal Anderson of the 680 CJOB morning show, along with producer Olivia Billson, were two of the casualties on Tuesday. Billson produced for Anderson when he first began his talk show, but was most recently content producer for Charles Adler.

Anderson had been the morning host at the AM station for the past five years after moving over from Power 97. Radio insiders said he was at the end of his contract.

CJOB earned a 12.8 share during last fall’s ratings period, making it the top radio station in Winnipeg. Spring ratings will be released May 29.