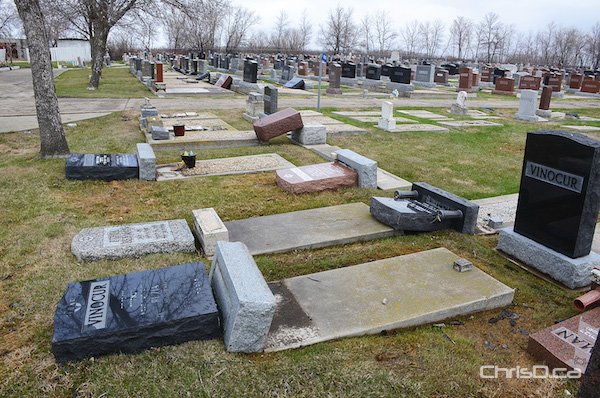 Winnipeg police are investigating after about 20 headstones were knocked over at a McPhillips Street cemetery. (STAN MILOSEVIC / CHRISD.CA) 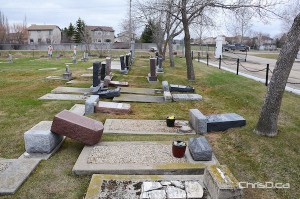 Damage caused at a cemetery in Winnipeg last week is under investigation. (STAN MILOSEVIC / CHRISD.CA)

Several headstones at a McPhillips Street cemetery were knocked over last week and Winnipeg police are investigating to find those responsible.

The vandalism occurred at Hebrew Sick Benefit Cemetery between the afternoon of May 9 and 8:30 a.m. on May 11. Approximately 20 headstones were vandalized at the Hebrew cemetery, in which an estimated $40,000 to $60,000 in damage was sustained.