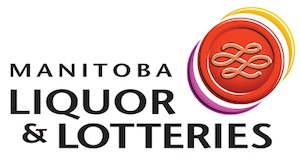 Nearly $115,000 was raised for the Ukrainian Canadian Congress in the province by customers of Manitoba Liquor & Lotteries.

Since March, MLL has been raising funds to support humanitarian efforts currently underway in Ukraine by asking customers to make a donation at Liquor Marts and casinos.

“We are extremely pleased with the outpouring of generosity from Manitobans all across the province,” said Ron Lemieux, Minister responsible for Manitoba Liquor & Lotteries. “Our province has a deep connection to Ukraine, and this response is inspiring. We are thrilled that so much was raised in such a short time for medical and humanitarian assistance.”

Customers and employees raised $64,893. Combined with a $50,000 contribution from Manitoba Liquor & Lotteries, the UCC will receive a grand total of $114,893 to support humanitarian efforts in the Ukraine.

Funding will go to support medical and humanitarian assistance to persons injured in the current conflict who remain untreated due to a lack of facilities and resources.

← Previous: Farmers' Market to Open at The Forks Next: Lower's Film Much More Than 'Shameless Propaganda' →
Tags: Manitoba