Morning Radio in Winnipeg Isn’t What It Used to Be 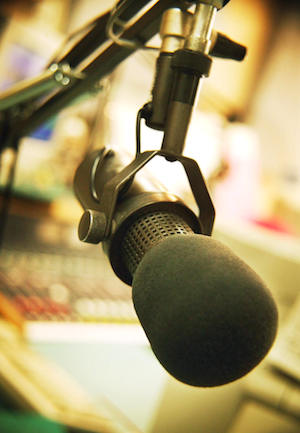 After 40 plus years in radio, I’m no longer looking for full-time work, and I’m glad. I’m glad because the business that was so great for so long is now a race to the bottom in many ways.

Of all the traditional mainstream media, radio should be the strongest, because it’s immediate and it’s local. It’s where most people still go when the weather turns rotten. Heaven knows we’ve had lots of that since last fall.

Particularly at breakfast time, radio is key to starting the day on the prairies. One of the best breakfast radio hosts has been large loveable Hal Anderson who took over the morning chair at CJOB in Winnipeg in 2009. I should mention that through most of the 1990’s there was a guy in the chair named Currie.

I gave up the chair in 2000, and I have no regrets. This week, Hal Anderson was told by management that his services were no longer required. Most of us who’ve spent more than a few years in the business have been through it, and it never gets easier.

Football and hockey players get cut because there’s someone better coming up. In radio, such a change is often made because they want someone younger and cheaper after a ‘consultant’ has read the latest book by some guru like Valerie Geller.

Hal Anderson is a great communicator but that Winnipeg station no longer owns the dial the way it used to. CJOB is owned by Corus Entertainment, part of the Shaw family’s empire. Their audience is dominated by Baby Boomers, and lots of us are not working any more.

We’re also not buying big ticket items the way we did 10 or 15 years ago. Some things never change though. When management decides to put a new person in one of those important chairs, their style is about as gentle as a housing stud across the forehead.

Thanks for the memories Hal, and don’t be a stranger.

← Previous: Sherbrook Pool to Reopen Under New Name Next: Motorcyclists Revving Up for Annual 'Ride for Dad' →
Tags: Radio | Winnipeg