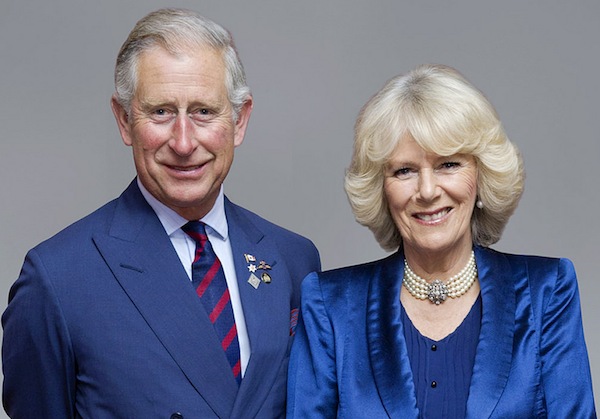 Prince Charles and wife Camilla are set to arrive in Winnipeg on Tuesday during the last stop in their whirlwind Canadian royal tour. (GOVERNMENT OF CANADA / FLICKR)

Prince Charles and his wife, Camilla, will arrive in Winnipeg on Tuesday evening as part of a four-day whirlwind tour of Canada.

It’s the 17th visit to the country for Charles and the third for them as a couple since 2009.

With any Royal visit, pomp and circumstance are part of the package and no detail has been left to chance.

ChrisD.ca will have a team along the tour route providing updates as the Royals make their way through the city.

The Prince of Wales and Duchess of Cornwall will land at CFB Winnipeg at 6:05 p.m. before being whisked to Government House to meet Canadians who have made a significant contribution to society. The brief jaunt across town wraps up the first official day of their Manitoba visit before a day-long packed schedule on Wednesday.

Prince Charles and Camilla’s second day in the city begins just after 10 a.m. when the couple will meet with young people at Aerospace and Aviation in Manitoba Day and tour the Stevenson Hangar.

Also on the tour schedule is a stop at the Winnie the Pooh Gallery at the Pavilion Gallery Museum in Assiniboine Park and a visit to the International Polar Bear Conservation Centre at the new “Journey to Churchill” exhibition to meet Hudson the polar bear.

At 12:15 p.m., the Royal Winnipeg Ballet will get a visit from Her Royal Highness to celebrate the ballet’s 75th anniversary and profile community outreach programs that bring dance to low-income children and adults with varied movement abilities.

Prince Charles will also mark the opening of Place Bernadette Poirier with a reception while meeting with staff and supporters of the facility shortly before 1 p.m. before jetting off to Innovation Alley to meet with entrepreneurs.

Meanwhile, Her Royal Highness will meet with representatives of Assiniboine Credit Union to learn about their unique business model including the innovative programs that have been created to help low-income families and the local organizations that support them in the community.

Red River College will get a taste of royalty as well, as His Royal Highness meets with representatives of the Canadian Business Network and attends a meeting on sustainable urban development.

At 7 p.m., the Royals will be at the Manitoba legislature for a ceremony to honour those being invested into the Order of Manitoba. At this time, Prince Charles will also address all Canadians. Members of the public wishing to see the couple will have the best opportunity on the front lawn of the legislature before they depart at 7:55 p.m. in a ceremony with full military honours, a 21-gun salute, and an inspection of the Guard of Honour.

At 8:55 p.m., the Royals will depart CFB Winnipeg for RAF Brize Norton, UK.

A complete itinerary of the visit is available on the government’s Canadian Crown website.

← Previous: Across the Board Game Café Plays Their Cards Right Next: Two Canoeists Rescued from Lake Winnipeg After Ice Moves In →
Tags: Canada | Royal Tour 2014 | Winnipeg