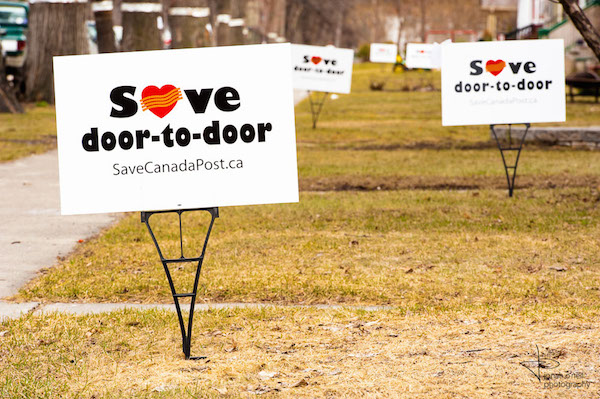 A plan by Canada Post to cut door-to-door mail delivery across the country has received a failing grade.

A new poll has found 60% of Canadians surveyed would prefer to have mail delivered to households as opposed to a community mailbox.

Canada Post announced the cost-cutting measures last December for major urban centres, including Winnipeg, over the next several years.

“The public outcry began the moment these cuts were announced by Canada Post and approved by the Conservatives,” said Denis Lemelin, national nresident of the Canadian Union of Postal Workers. “Lawn signs are going up all across the country. People are organizing. Municipalities are taking action.”

Thirty percent of the population, including 61 municipalities, have passed resolutions or sent letters in support of door-to-door delivery or opposing the cuts.