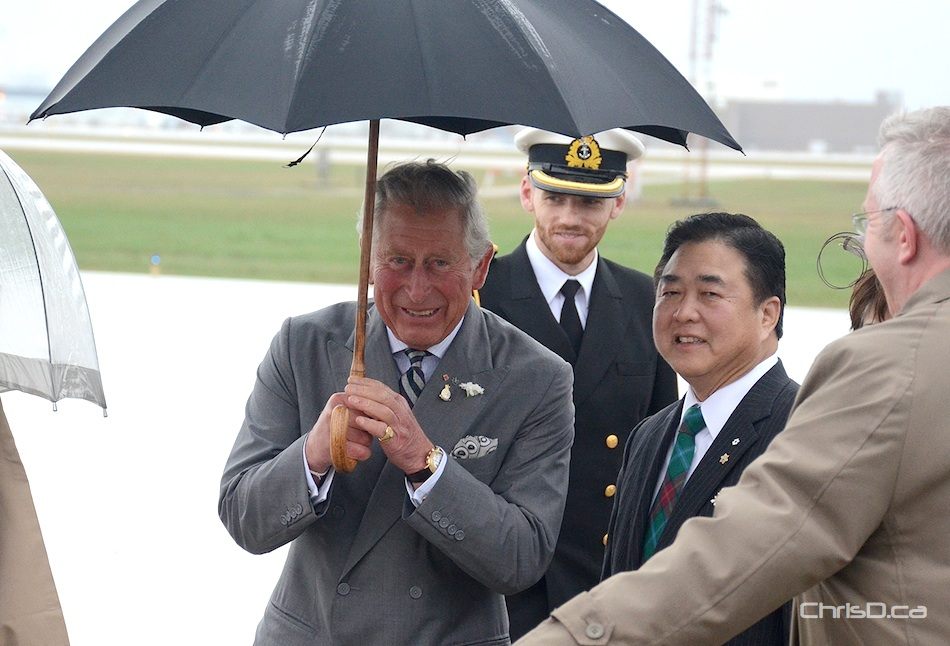 The royal couple landed at 17 Wing Winnipeg under a dreary, rainy sky shortly after 6 p.m. VIPs and other dignitaries greeted the couple as they made their way down the stairway from their aircraft each holding an umbrella.

Military personnel and other staff were among those on the tarmac. Premier Greg Selinger, Lt. Gov. Philip Lee and Mayor Sam Katz were also on hand for the welcoming arrival.

The couple was quickly whisked away in a large motorcade to Government House, where they are taking part in a private reception before retiring for the night at 7:30 p.m.

Wednesday’s schedule is a tight one for the couple, packed with carefully planned appearances across the city beginning at 10:20 a.m. when they visit Red River College’s Stevenson Hangar for Aerospace and Aviation in Manitoba Day. Prince Charles will deliver remarks, along with Prime Minister Stephen Harper.