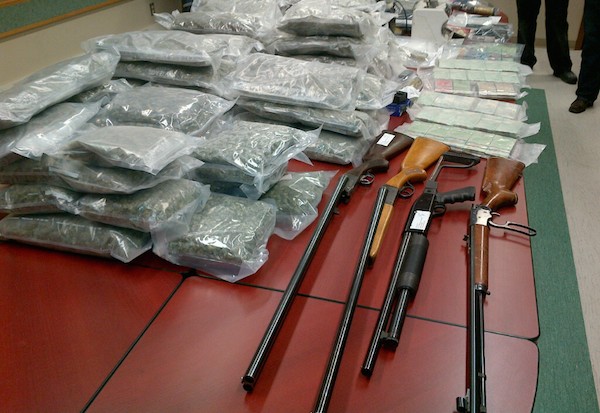 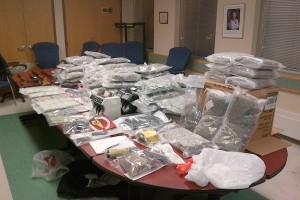 Two people have been charged after a raid on a home in rural Manitoba. (RCMP HANDOUT)

A raid at a home in the RM of St. Clements has turned up drugs, weapons and cash.

Two people have been charged after a search warrant was executed by RCMP on Murdoch Drive on Saturday morning.

Police found approximately 940 grams of cocaine, 157 lbs of marijuana as well as paraphernalia believed to be used for trafficking of a controlled substance. The search also turned up a large sum of money, four firearms, bear spray, a Taser and other prohibited weapons.

Daniel Kupchik, 43, and Karianne Ridgedale-Maglian, 37, both of the RM of St. Andrews, face numerous charges.