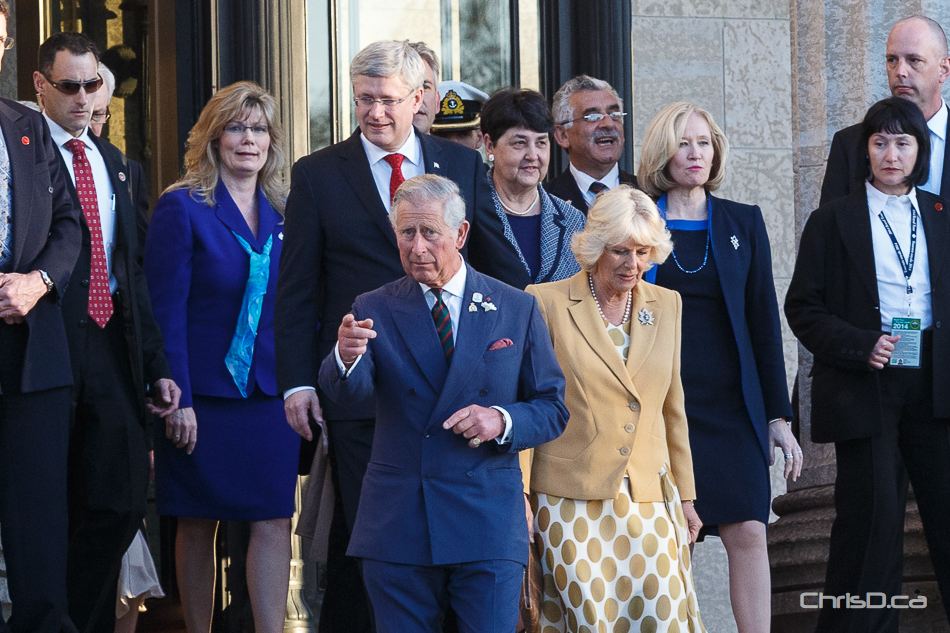 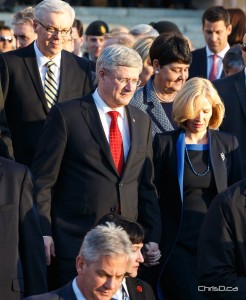 WINNIPEG — Prince Charles and wife Camilla have wrapped up their four-day visit to Canada after a whirlwind tour of the country.

The Prince of Wales and Duchess of Cornwall arrived to about 1,000 well-wishers at the Manitoba legislature Wednesday evening for an Order of Manitoba investiture ceremony to honour 14 recipients, including Canadian Olympic gold medal curler Jennifer Jones and legendary local broadcaster Bob Irving.

His Royal Highness also delivered a speech to the Chamber before an official farewell to Canada and Manitoba ceremony with full military honours.

“I know very well of the reputation for extraordinary resilience acquired by the citizens of Manitoba, a province so often tested by adversity,” Charles said. “By way of a reminder, on our way to Winnipeg yesterday evening we flew over Duff’s Ditch, an innovative and forward-looking initiative of the 1960s that continues to defend this community against the might of the Red River.” 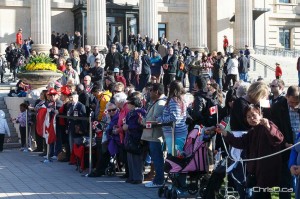 Royal watchers gather outside of the Manitoba legislature to catch a glimpse of Prince Charles and Camilla on Wednesday evening. (SHAWN COATES / CHRISD.CA)

The Prince also reflected on his busy day in the city, recanting the royals’ visit to the Royal Winnipeg Ballet, the Pavilion Gallery Museum at Assiniboine Park, Stevenson Hanger and other notable stops.

“It was an honour for Canada to once again host their Royal Highnesses. Like so many other Canadians, I will remember with fondness and affection the time I spent with The Prince of Wales and the Duchess of Cornwall on their Canadian tour,” Prime Minister Stephen Harper said in a statement late in the day.

A 21-gun salute saw the royal couple off to CFB Winnipeg at around 8:20 p.m. Once there, Charles and Camilla viewed a recently restored 1928 Fokker Super Universal aircraft. A Canadian Forces Airbus (RCAF-1) lifted off roughly 20 minutes later to take the royals home to RAF Brize Norton, UK.