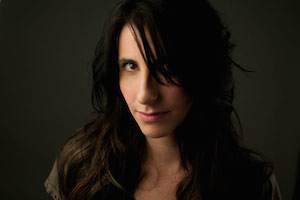 Juno-nominated singer/songwriter Romi Mayes has been tapped to perform at a Bike Winnipeg fundraiser on June 7.

The five-time WCMA award winner will headline the concert at Unitarian Universalist Church to help promote cycling in Winnipeg as a safe, enjoyable, accessible, and convenient transportation choice year-round.

“Cycling in Winnipeg has come a long way since Bike Winnipeg began in 2007”, said executive director Mark Cohoe, “But in order to maintain our momentum, we need the resources to ensure that our advocacy can be turned into action.”

The concert includes appetizers from Bistro 7 ¼ and a silent auction for several prizes, including a brand new Marin commuter bike from Olympia Cycle and Ski. Proceeds will go to Bike Winnipeg and the Winnipeg Adult Education Centre’s Commuter Cycling Club to promote cycling education and advocacy in Winnipeg.