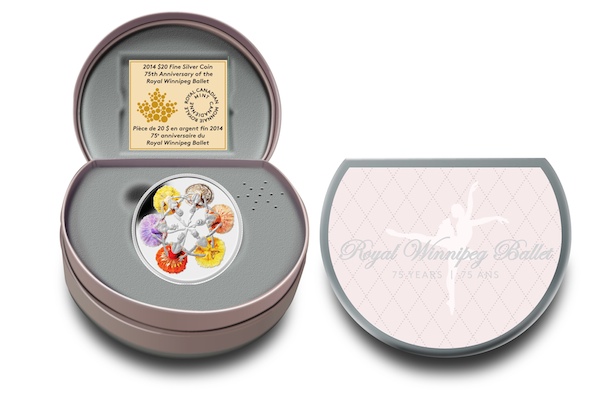 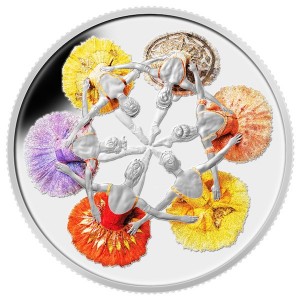 The 75th anniversary of the Royal Winnipeg Ballet is being marked with a commemorative silver coin.

The Royal Canadian Mint unveiled the coin on Wednesday as Camilla, Duchess of Cornwall, visited the RWB as part a four-day Canadian tour with Prince Charles.

“As the Royal Winnipeg Ballet celebrates 75 years of bringing joy to audiences and dance enthusiasts alike, we continue to spark excitement and artistic innovation as one of the world’s premiere dance companies,” said André Lewis, artistic director of the Royal Winnipeg Ballet. “This beautifully crafted coin by the Mint adds to an exciting year of performances and celebrations befitting Canada’s oldest ballet company.”

The coin’s reverse image is an engraved rendition of a photograph by one of Canada’s foremost dance photographers, David Cooper. The overhead view features six dancers from the Royal Winnipeg Ballet’s lavish production of “The Sleeping Beauty.” The coin comes in its very own music box, and when opened, plays Sleeping Beauty (Valse) melody by Tchaikovsky.