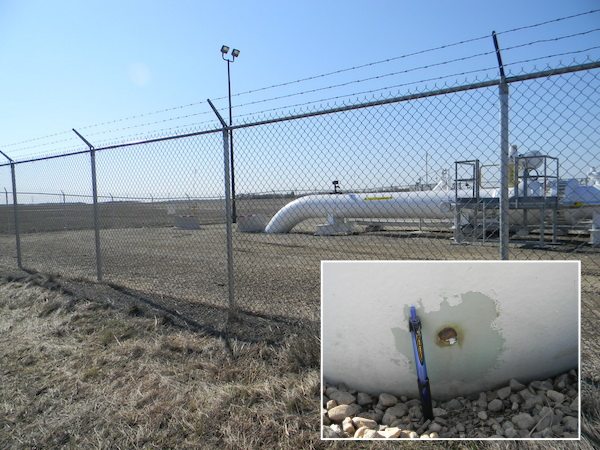 Damage believed to be from a bullet was noticed on a piece of TransCanada Pipeline in the RM of Grey on May 15, 2014. (RCMP PHOTOS)

RCMP are investigating after a suspected gunshot to a piece of TransCanada Pipeline in the RM of Grey.

A pipeline inspector noticed the superficial damage on May 15 and contacted police. The affected pipeline is located just north of Elm Creek, Manitoba.

RCMP say the investigation shows that the suspect was not near the pipe, but outside of the station’s security fence. It is not clear whether the damage was done intentionally or not.