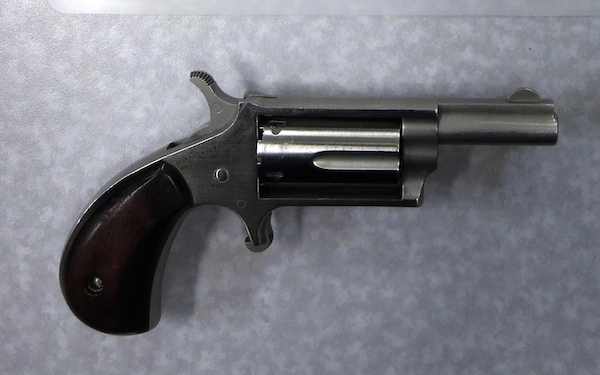 A revolver seized by border agents at the Emerson, Manitoba crossing on May 6, 2014 after a Georgia man attempted to smuggle it into Canada. (CBSA / HANDOUT)

A Georgia man has been sentenced to 45 days in jail for smuggling an undeclared firearm into Canada.

Curtis Carneal Roberson, 56, pled guilty in a Winnipeg courtroom on Wednesday to making false statements. Roberson was crossing at Emerson, Manitoba on May 6 when his commercial vehicle was searched.

Customs officers found the revolver inside his luggage. The gun had been disassembled, but the cylinder was loaded.

Roberson was arrested on site and turned over to the criminal investigations unit of the Canada Border Services Agency.

Last year, the majority of prohibited devices were seized at Emerson (141 in total), including 21 prohibited firearms and 18 restricted firearms.