Son of Dave, Ben Sures to Play WECC in August 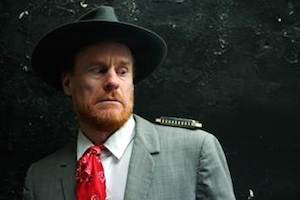 Two hometown acts will share the stage at the West End Cultural Centre later this summer.

Son of Dave (Benjamin Darvill) and Ben Sures will perform in front of a local crowd on Thursday, August 14.

Now working on a sixth album, Blues At The Grand, Son of Dave turns his hand to a wide array of instruments as well as gathering an impressive group of musicians and super-producer Jimmy Hogarth (Amy Winehouse, Corrine Bailey Rae) to create a bigger R&B band sound.

Tickets to the show are $20 at the door or $15 in advance through the WECC, Ticketmaster, Music Trader, and Winnipeg Folk Festival Music Store.