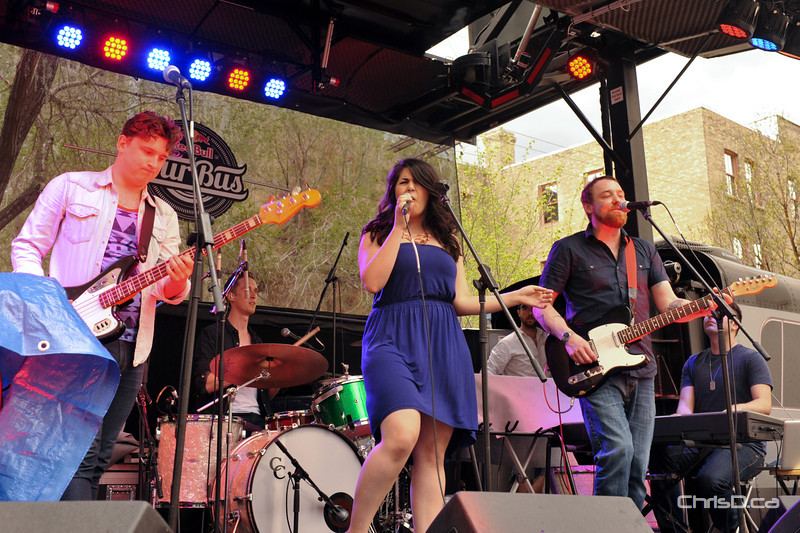 Rain disrupted part of the Red Bull Tour Bus concert in Winnipeg on Saturday, but those who came out still revelled in a good time.

Imaginary Cities hit the mobile stage in Old Market Square to perform for the hundreds who turned out.

The 45-foot-long bus transforms into a fully operational soundstage and is making its way across Canada, featuring some of the country’s hottest musical acts.

Royal Canoe was also scheduled to perform, but show organizers pulled the plug early due to rain and lightning at around 4 p.m.

The tour rolled out beginning in Victoria on May 17 and will make its way east to Montreal before wrapping up.