By James Jewell, The Police Insider 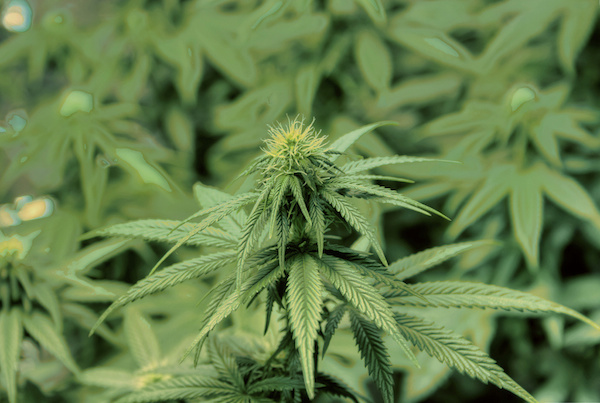 WINNIPEG — Canadians participated in an interesting debate on Monday evening.

The Corus radio network hosted #canadianstalk, an open radio and social media forum (Twitter) inviting Canadians to voice their opinions on the controversial issue of the legalization of cannabis marijuana.

While I wasn’t able to listen to the entire broadcast, local CJOB host Greg Mackling did an outstanding job identifying the issues and inviting feedback from his diverse audience. The conversation prompted me to join the Twitter debate;

#canadianstalk Legalization is a northbound train moving on a slow track. You don’t have to be clairvoyant to see it coming!

There can be no doubt, legalized marijuana is coming to Canada and Government would be wise to start working towards establishing protocols to make the transition.

Once our American neighbours in Colorado and Washington made the move the writing was on the wall.

This is all about social change.

According to recent polls, 57% of Americans now favour the legalization of marijuana. Compare that with figures in 1994 when only 25% of the population was in favour.

Justin Trudeau is banking on those changing attitudes.

Societal views of the once demonized drug has significantly evolved. So much so, supporting decriminalization has become a major platform for Trudeau’s party. A mere decade ago, such a bold position would have been considered political suicide.

On the local front, the legalization of marijuana has significant support.

I worked several homicide cases with Vandergraaf and can vouch for his tenacity, courage and willingness to unabashedly share his strong opinions.

I was shocked when I first heard of Vandergraaf’s arrest for marijuana possession after a grow op in his East Kildonan home was raided by the Police in April of 2007. Investigators seized a total of twenty-one plants along with growing equipment that included bulbs, fans, timers, thermometers and a dehumidifier.

In typical Vandergraaf style, he boldly confronted the charges and shared his belief in medicinal marijuana use;

“What can I say, I’m not going to hide behind these issues. I’ve got some serious health issues, and some members of my family do as well. This was just being grown for my own personal use”, Vandergraaf said in an interview.

I’m not sure what happened to these charges and it really doesn’t matter, as a marijuana user, Vandergraaf’s opinion is clearly less than objective. Having said that, when you consider the changing tides in American and Canadian attitudes, it seems he might be somewhat of a visionary.

Vandergraaf is part of a group who recently opened Winnipeg’s first lounge for medicinal marijuana users. “Vapes” on Main recently opened its doors in a two-storey commercial building in the 1400 block of Main Street. “It’s breaking new ground in this city, so it’s something we’re treading on very lightly at this time,” Vandergraaf said in a Winnipeg Free Press interview.

Marijuana vs Alcohol – the lesser of two evils

During the course of my career I investigated literally thousands of violent incidents which included approximately two hundred (200) homicides. I can tell you with absolute certainty that not one of the murders I investigated was committed by an offender who was high on marijuana. Conversely, an extremely high percentage of cases involved alcohol fuelled violence. No one can reasonably suggest that marijuana is a greater societal evil than alcohol.

#canadianstalk I don’t recall ever arresting anyone for murder who was high on weed. There are far worse societal evils to lose sleep over!

The Harper Government can’t ignore the recent chain of events south of our border or the growing movement within our borders to legalize marijuana.

I haven’t done the research, but on the surface it seems that legalization would be a significant blow to organized crime. It would also have the side benefit of work load reduction for the Winnipeg Police Service. Not to mention the taxation benefits and potential for new industry and job creation.

Once you get your head wrapped around this concept, it might be time for us to start talking about another societal ill.

The debate regarding legalized prostitution rages on. The arguments for and against all seem to have some degree of merit.

As a law enforcement officer, I often questioned the law regarding the illegality of prostitution. My views of prostitutes were generally sympathetic. Most of the sex trade workers I met were drug addicted women who were trapped in never-ending cycle of 24 /7 crack cocaine binges. The insatiable hunger for the drug supersedes everything, like the need to eat or sleep, to parent or be connected to family. I can tell you first hand that it’s a tortured existence.

I essentially saw these women as victims and questioned why it was that we targeted them for arrest and detention. It seemed like a misguided form of intervention that added the stigma of a criminal record to the women caught in the Police net.

What are some of the potential benefits of legalized prostitution?

Would legalized prostitution help take women off the streets who are exposed to violent crime such as rape and murder?

Would legalized prostitution reduce the epidemic numbers of Missing & Murdered women we experience?

Would legalized prostitution undermine the efforts of organized crime to reap the benefits of illegal prostitution and human trafficking?

Much like the legalization of marijuana, would legalized prostitution have significant benefits related to taxation, new industry and job creation?

The question remains, is our socially conservative society ready for this debate.

The questions related to the legalization of marijuana and prostitution are moral issues that need to be seriously considered.

The time for that conversation is now!