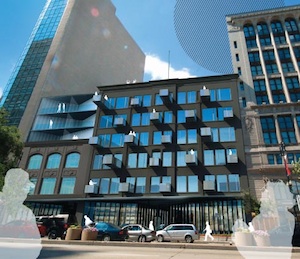 The Avenue on Portage by 5468796 Architecture Inc.

Seven of the 11 awards, which recognized design excellence and contributions to the Canadian architectural landscape, were won by Manitoba firms.

“As the Manitoba Association of Architects (MAA) celebrates its 100th, we are incredibly proud of the mark this year’s recipients have left on the architectural community in Manitoba and Canada,” said MAA president Lee McCormick. “Their award-winning projects are a testament to the renaissance in architecture in our city and province and a clear indication that we have a community of architectural and design excellence that is second to none.”

This year, over 68 submissions were received and eligible for either an award of excellence or an award of merit in the categories of recent work, interior design, landscape architecture and small projects.

The awards were handed out as part of the RAIC Festival of Architecture — an annual conference for architects across Canada — being held in Winnipeg May 28-31.