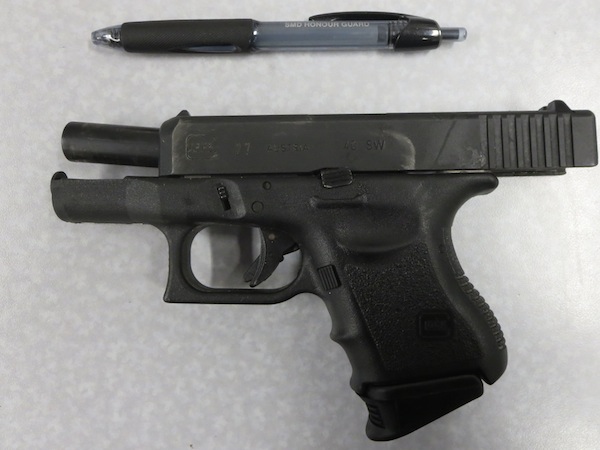 A .40 calibre pistol was seized along with another gun at the Emerson border crossing on May 27, 2014. (CBSA) 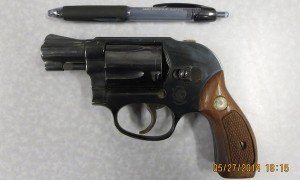 A North Carolina man was handed a three-day jail term and a nearly $9,000 fine after two firearms were seized at the Emerson, Manitoba border crossing.

Canada Border Services Agency officers discovered the weapons on May 27 while examining a vehicle and trailer. Two undeclared handguns were found, including a .38 calibre revolver inside a cowboy boot, and a .40 calibre pistol located under the seat of an ATV being hauled on the trailer.

David Scott Blankenship, 42, pleaded guilty on Thursday to not reporting the guns and making false statements under the Customs Act. He was sentenced to three days time served and ordered to pay $8,975.

CBSA officers in Emerson have seized four prohibited firearms this year so far.