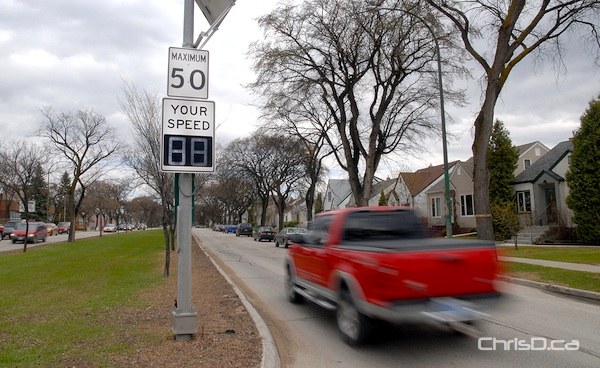 A vehicle drives through a school zone in Winnipeg. (STAN MILOSEVIC / CHRISD.CA FILE)

A new bylaw to reduce the speed limit in Winnipeg school zones will go before a city committee on Tuesday, June 3.

Council still has to approve it, but the bylaw would limit speeds around 171 Winnipeg schools to 30 km/h from the current 50 km/h.

The changes would be in effect Monday to Friday (September to June) between 7 a.m. and 5:30 p.m for schools with grades six or lower, excluding those on regional streets.

It’s expected council will approve the bylaw, which would then see new signage in place for the start of the 2014-15 school year.