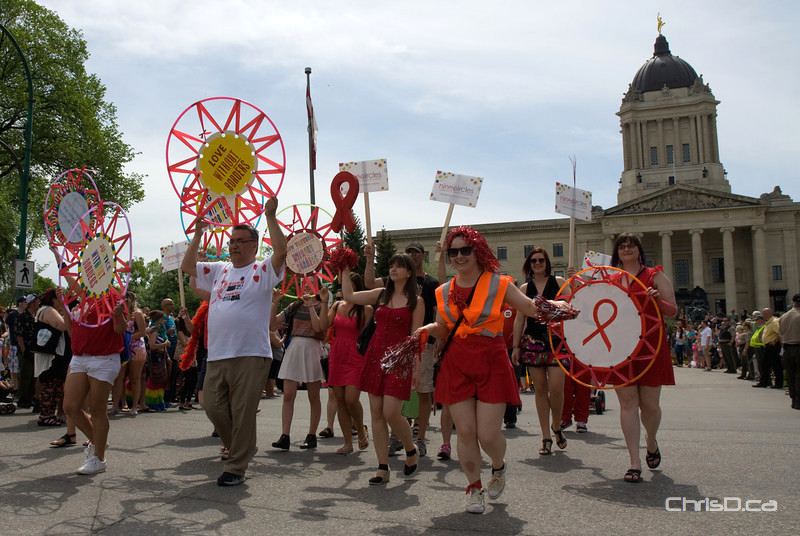 Dressed in colourful costumes and full of happiness, the parade spanned seven city blocks once leaving the Manitoba Legislative Building.

Festivities wrapped up at The Forks with musical performances and other activities celebrating the local LGBTQ* community.