No Free Rides to Blue Bomber Games This Season 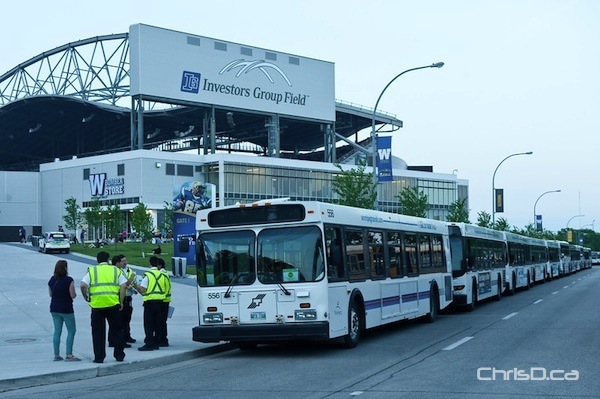 Fans of the Winnipeg Blue Bombers will have to pay their own way to games this season.

The football club has unveiled its transportation plan for the upcoming season — barring a CFL strike — which will see fans pay regular bus fares of $2.55 to get to Investors Group Field.

The pay-your-way component comes after the city rejected a proposal from the Blue Bombers to subsidize Winnipeg Transit.

“As a result of the city reversing on their own proposal last week, we are now forced to ask bus-using fans to split the costs with the club to make it as affordable as it can be for everyone,” said Blue Bombers president and CEO Wade Miller.

The Bombers will cover bus fare home or to one of the many park and ride locations.

The park and ride will be operated differently this year, utilizing First Student Canada buses and their drivers. Fans will be asked to pay $5 per round trip or they can purchase a pass for $40 which will cover park and rides for the regular season beginning on June 26.

For ride locations and more on accessing the campus this season, visit BlueBombers.com.